Even in Healthcare, It’s How You Say It That Matters

In the past, healthcare professionals were taught – directly or by example – to lecture patients and use directives in diabetes care and education, rather than engaging, informing and empowering the person. I’ve seen this approach a lot in diabetes, my particular area of expertise.

Physicians, nurses and others often tell people with diabetes “you need to do this” or “you must do that.” Then, if they don’t – usually for a variety of valid reasons – a culture of “blame and shame” rises up, with more lectures and finger-pointing that can make those people feel even worse – and likely even less motivated.

If the goal is to encourage people to actively participate in their diabetes care, we need to throw out the old command and control model that focuses on “compliance” with a dictated set of goals and replace it with a person-centered model.

The key to success is uncovering what the individual’s goals and motivations are, as well as what their internal and external resources and barriers to achieving them are, then aligning treatment and education to those goals. When we do that, the payer/provider goals take care of themselves.

This approach doesn’t require a huge investment of time, money and resources to accomplish. It’s more about attitudes. Take the way we use language and images, for example.

Rather than calling people “diabetics,” we can say people with diabetes. What’s the difference? The former identifies the person as his/her disease. The latter looks at the whole picture of who that person is and acknowledges that diabetes is what they have, not what they are. It’s just one part of them.

There are many such examples of how words that carry a negative connotation can be replaced by more positive and helpful terms. In fact, the American Association of Diabetes Educators (AADE) and the American Diabetes Association jointly published a paper on language and diabetes. Full resources can be found on the AADE website.

This approach, incidentally, is at the core of Vivify Health’s pathways for diabetes care, to which I have been proud to contribute. We avoided talk about compliance, rules and similar language and instead focused on supporting people with diabetes and providing the information they need to manage it. When we showed a health care professional and a patient interacting, we were deliberate to select images that depict them as partners in care rather than a provider who is clearly in a position of power over the other person.

One of the most important messages, especially for people who have been newly diagnosed with diabetes, is “We know this is difficult, and you’re doing a great job.” Our goal is to make the program supportive and encouraging rather than accusatory or harsh. And we worked to remove messages of stigma and failure.

If an approach doesn’t work or a medication doesn’t accomplish the desired change, it isn’t that the person failed. It wasn’t the right approach or medication, so we will try another to see if it works better for them. This constant support and encouragement – even a message as simple as “Thank you for checking in” – goes a long way toward creating a comfortable environment that inspires the people who use it to actively and willingly participate in the program.

Another way of changing the conversation around diabetes is to make it strengths-based rather than deficit-based. Under the traditional model, the health care provider prescribes and the person with diabetes is expected to follow that prescription. If it doesn’t happen, it’s considered a failure and the person is reprimanded to do better.

A strengths-based approach looks for things people are already doing at all or well and builds on them. Maybe they are always on time for work, or they run two miles every evening, or they complete a crossword puzzle each morning while they eat breakfast. Whatever they are already doing regularly is brought into the conversation to give what they’re being asked to do some context.

By saying, “You told me you do a crossword puzzle each day as part of your morning routine. Do you think you can add taking your glucose readings when you finish into that routine?” you validate that person’s ability to follow a schedule and allow him/her to maintain more control over his/her life.

Another important area to address, especially if a program isn’t working, is discovering any barriers that might prevent success. In other words, don’t just say the person is “non-compliant.” We need to learn what’s really going on for the person. Why aren’t they filling their prescriptions or taking their medications? Why are they only exercising a few times a month?

In some cases, it may be that the goals that were set turned out not to be meaningful, in which case new goals should be developed in partnership with that person. There may be other obstacles, such as the person lost his/her job after setting the goals and now has to choose between buying medications and buying food. Or perhaps the spouse has said he/she is not allowed to take insulin. It happens.

Whatever the reason, it’s important not only to have that initial conversation but to keep those conversations going. It’s critical to stay on top of any changes to ensure that the original plan remains the right approach today. Digital technology that asks questions such as “How are you feeling today?” or “Have there been any major changes in your life recently?” can help uncover those hidden factors so encouragement can be offered and positive changes made.

Include the human touch

Healthcare technology has enabled us to do many amazing things to improve the health of individuals and populations. If technology alone were enough, however, the results for people with diabetes would be different than they currently are.

Human-to-human contact is still an important part of the equation. Having a mechanism to contact an actual human when needed is critical to ensuring people receive the support they need when they need it to become and remain engaged. And feel empowered.

One of the advantages Vivify offers is that it’s a two-way street. If a person who is using the Vivify platform has a change in their metrics, or answers questions in a way that indicates a problem, a nurse or other care team member can use the Vivify platform to reach out and initiate contact. If that isn’t enough, the issue can be easily escalated to ensure the person receives the care they need.

Over the past few years, it has become clearer that a positive, person-centered model is far more effective in helping people with diabetes engage in their care than the rules and compliance-based approach. It’s reasonable to assume this model will also work in helping people without diabetes or with other health conditions do the things they need to do to get or remain healthy.

In diabetes and beyond, it’s time to adopt an attitude of acceptance and use language that is consistent with that. 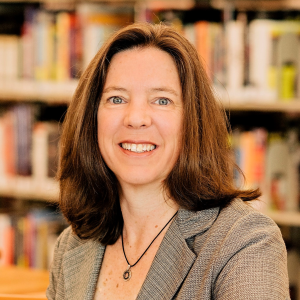 Jane K. Dickinson, RN, PhD, CDE, Program Director and faculty member for the Master of Science in Diabetes Education and Management Program at Teachers College Columbia University, is a renowned educator as well as the published author of two books on the topic of helping people with diabetes. She was named 2019 Diabetes Educator of the Year by the American Association of Diabetes Educators. She has also been instrumental as a consultant in helping Vivify Health use person-centered language while developing our diabetes pathways.
More from This Author
Telehealth, the One Thing in Healthcare with Bipartisan Government Support
Chris Fickle Named Senior Vice President of Sales at Vivify Health

2021 is a year to reflect on the unmatched sacrifice made by nurses on the frontlines in the battle against COVID-19.

Vivify Health is transforming healthcare with the market’s most comprehensive patient-centered connected care platform, spanning from remote monitoring of high-risk patients and patient activation to population and employee health. Vivify’s platform is the digital pathway to collaborative care on demand — with a focus on ease of use for employees, members, patients and providers.

Keep atop of RPM!

Register for our newsletter to keep on top of major changes in the remote care market.